This review has been a long time coming. Nearly a year in fact! Around June 2017 I strapped a pair of Formula 35 forks to the front of my bike. These have been reviewed by professional reviewers heaps of times – for example here; and here. I’m writing another one – after riding them hard on the front of a Liteville 301 for a while.

Here are some photos to help you out. Firstly, how they turned up in a nice, minimal box.

…which made me happy! They are incredibly, noticeably light. That was impression number one. Impression number two is that they are filled with neat detail. Most noticeably the steampunk compression adjustment assembly atop the damper leg. It’s sweet!

Here’s how they look fully assembled and stuck to the front of a bike. Classy and burly – the tubes on the 301 are fat – and the 35s fit in beautifully. 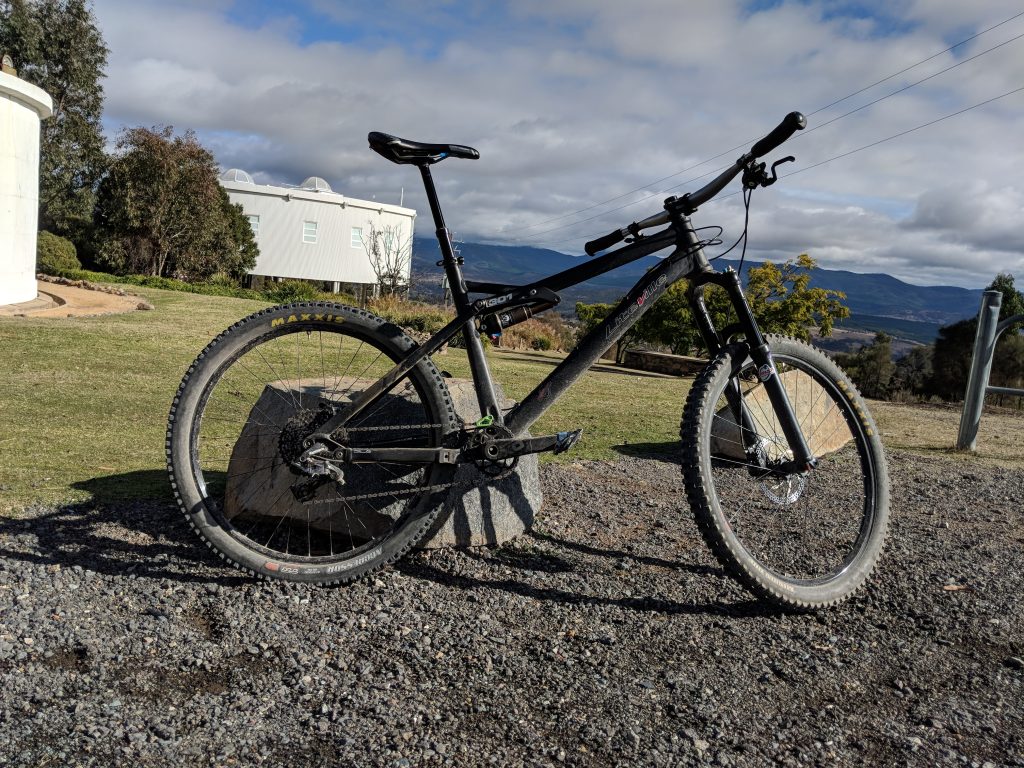 How do they work for me?

Forks are forks, right? They bounce and stop you from getting too beat up on the trails. Well sort of. At this level, a fork is a precision tool for controlling your ride. It’s not meant to smooth the trail out for you, it’s meant to keep your front wheel in touch with the ground, help your bike stay balanced as a unit, and ultimately keep you able to control your ride at speed.

I’m no fork expert – I’ve ridden Pikes, Yaris, Fox 36’s, and owned X Fusion Sweeps – but I don’t have a long term picture of all of them.

Having said that, the formula is the first fork I’ve jumped on and thought ‘wow. really. wow’. So why is that? To flesh the story out I’d been riding on XF sweeps for a while, and had most recently taken a demo bike equipped with Pikes for a good thrashing. On advice from the importer I had strapped the formulas  on, and pumped them up with no other adjustments. I took them to a trail I was very familiar with, and blew my fastest time out of the water.

I railed into the fist big berm, laid the bike over and instantly thought ‘what! something’s going on here!’ – the formula magic was at work.

What was the big difference?

Formula’s key system is allowing both the damping piston and air spring piston to slide when under lateral load.

All forks experience lateral load when you corner – and the formula solution simply works well to overcome fork binding when this happens. It is the key difference between the 35s and all of the other forks I’ve tried. I believe the hype!

How are the forks going a year later?

First impressions been and gone – I’ve ridden the forks at Thredbo, Stromlo, Majura – picked up some PRs, and had a heap of fun. The 35 perfectly balances the rear suspension of the 301 (super supple to sag, then progressive), making it an incredible platform for playing around on in the dirt.

The forks are stiff – I can hold a line and plow into all kinds of crap. Yet supple, and supportive, and magical. You know how you huck a 5 foot drop and your bike sucks it up smoothly, then rebounds with perfect pose at perfect speed? That’s my life. I’m one happy cat.

Here is how they look now 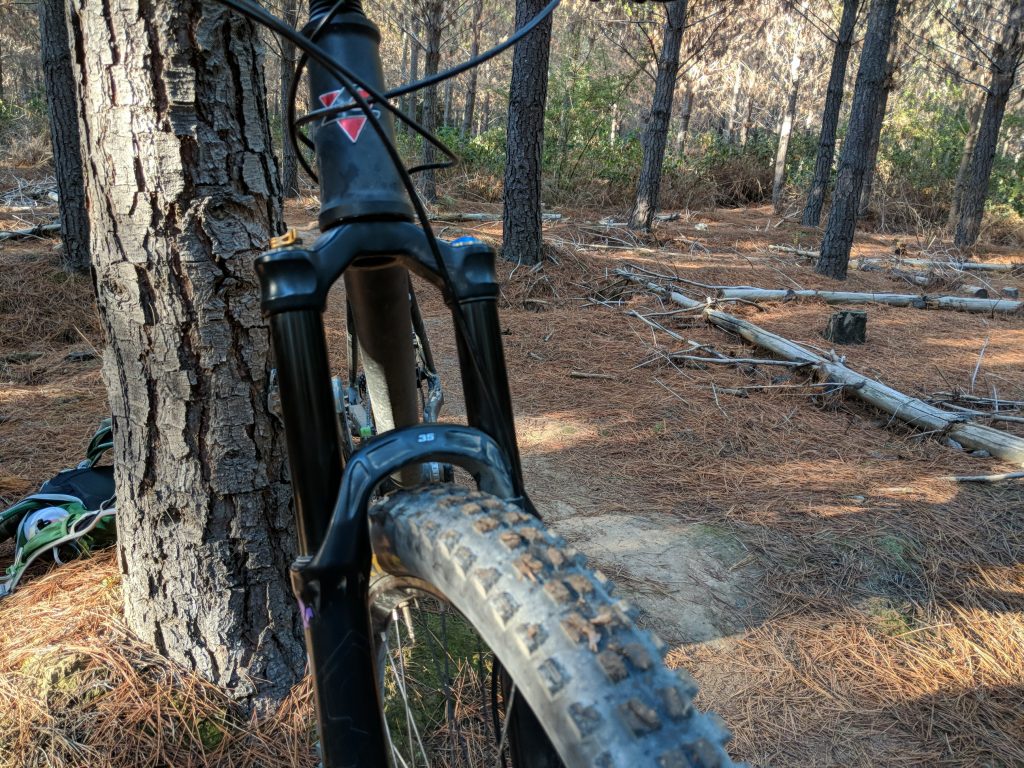 I now run them with the standard compression valve fully closed; about 10% less pressure than recommended for my weight; and I’ve recently installed a neopos – after running an extra 10cc of oil in the air spring to add some progression. I haven’t ridden them enough to really feel whether the neopos system is working magic or not – but they do feel incredibly composed – a little more than the usual, incredibly composed norm.

A lowers service is truly simple, and can really be done with some Ballistol and a 4mm allen key. I just replaced the dust wiper seals and air spring o-rings – really easy. And I’d recommend a regular service (see below), because a quick inspect and check is so quick.

What issues have I had?

Nothing that is the fork’s fault.

I ignored warning signs to replace the seals  overly long and have a minor polishing of the anodised coating after letting Stromlo grit get at for a few rides. Fortunately, Eightyonespices can replace the uppers and recalibrate the bushings for a really reasonable price. Something to consider in another 50 hours time.

How have they evolved my riding and myself?

Since this site is all about evolutions and revolutions, this is the standard question. Stepping up to these units has taught me a couple of things. Firstly, be decisive. I was planning to buy these when I built the 301 in 2015. I could have, but didn’t after much vacillation. That was a mistake!

Next, it’s another level of confidence and control I have on the bike. Which means I can play more, ride more, learn more and crash less. All good things.

Would I buy them again?

Without hesitation. Next time I’ll get the EX version, to keep my bar height level when eventually stick the -1.5 degree headset in my bike. Or a Selva if I replace the 301 with another 301 and 29 inch wheels.

In Australia, get in touch with Eightyonespices and get sorted out!