My bikes and why I ride them part 1: the commuterbeast 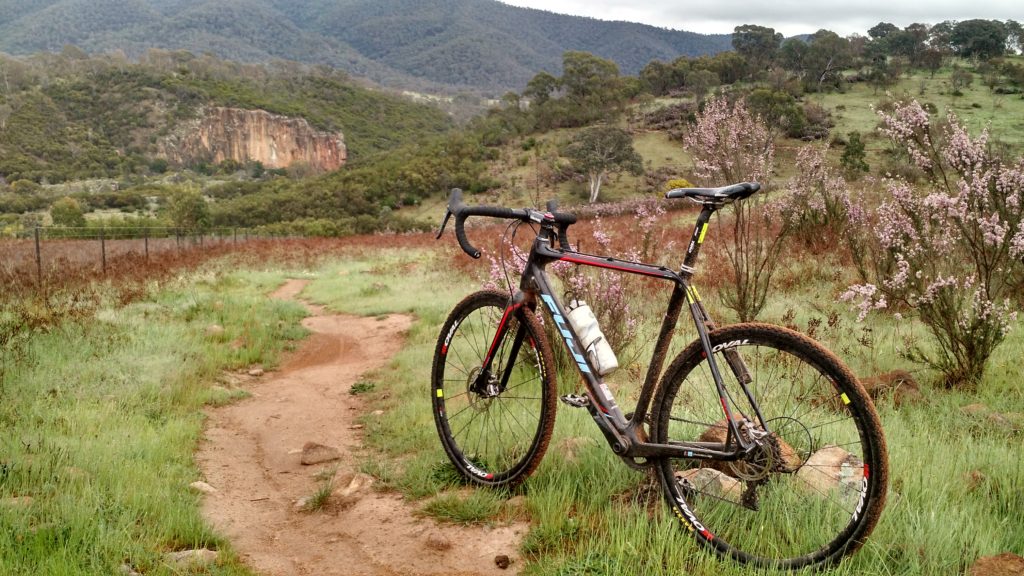 This bike is my replacement car. I use it nearly every day, and ride from home to work and back again – with some tweaks on the side because I can. It’s a 2015 model Fuji Altamira CX 1.3, quite the ostentatious beast – which I described here. My ‘road bike’ before this was a Norco Threshold A1, a wonderful and serviceable aluminium-framed commuting bike. But I was working for a Fuji dealer, it was coming up to racing season, and my boss said ‘which bike would you race from the Fuji catalogue, if you could?’. The answer was this bike – and two weeks later a box turned up, and I was handed a new race machine. Annual bonuses can be pretty good at bike shops!

So why did I choose this bike?

I’m not absolutely convinced about carbon as a frame making material. I probably should be, but something about what happens to it after my bike wears out keeps bugging me. I suppose it will turn into amazing garden stakes! So – a carbon bike? Obviously it is very light, but also amazingly comfortable. My butt and lower back are supremely happy with carbon, even though my ethicalomemeter is still slow on the uptake.

The primary factor in the choice of this particular bike had to be the drive train. One gear up front, 11 in back, clutched rear derailleur, hydraulic disc brakes. Racing aside, this is pretty much the perfect recipe for the daily drive. Simple, will survive a broken spoke and still brake, and brake well all the time. I’d been riding SRAM’s 1×11 setup on my mountain bike for a while, and was completely sold on the idea of no more front derailleur.

Lifestyle was also a huge choice! I was working full time on my feet, commuting a minimum of 35 km a day, parenting and trying to write a PhD. I saw in this machine a way to help ease the energy cost of simply getting around. If I can get to work and back on 20% less energy, that’s huge.

It’s nearly 8000 km old now (as of May 2016). Looking back on those first days, this bike really delivered! It was a LOT easier to get to work and back. It also opened up whole new ways of riding around Canberra. On the old bike, I’d pretty much stuck to the roads and bike tracks – it just took too much effort to go exploring.

With the new ride, that all changed. Cycling to work on trails, dirt roads, unusual routes became the norm. And now – I’ve moved jobs and houses – I can take advantage of this bike’s abilities and cycle through forests most of the time, avoiding cars, and even other bike traffic. In a way, it’s a machine which has enabled a serious increase in ‘quiet time’ in my life. Nothing but breathing, turning the cranks, and the odd kangaroo. What a way to bring some focus into life!

I haven’t raced it much after that first season. I will again – and it is very good at racing – but I like it most because of where else it can take me.

My one lasting niggle is the press fit bottom bracket, but that is a theoretical issue at the moment. I replaced the original bottom bracket without fuss at about 3500 km. Whether I would buy the same bike again? That’s tough. If I could, yes! But more likely I will replace the frame with a titanium or lightweight steel one. Only so I can tow trailers… But really, I’m perfectly happy with my life-enhancing commuter.